Richard Eugene Hickock and Perry Edward Smith were in prison when they heard from another prisoner that Herb Clutter was very wealthy and he had money stashed in a safe in his house. This prisoner, who told Hickock and Smith this, had previously worked for the Clutter family. After being released from prison, Hickock and Smith immediately drew up plans to get their hands on the stashed cash. 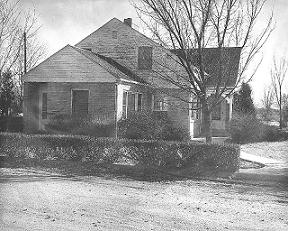 They went to the Clutter home outside of Holcomb, Kansas when four of the six family members happened to be home. Once entering the home, they realized that there was not a safe which contained money, they awoke Herb Clutter. Mr. Clutter gave them the little cash he had and said there was no more. They aroused the remainder of the family and again searched the house, confirmed Clutter’s story for themselves. They ransacked the entire house getting no more than roughly fifty dollars, a pair of binoculars and a transistor radio. Once the two had all they could find and assuming that Herb Clutter wasn't volunteering the information of where the cash was stored, executed in cold blood all four family members.

When officers arrived, Herb Clutter, 48, lay sprawled on a mattress in the basement, stabbed, his throat slashed and a shotgun charge fired to his head. He wore pajamas. His hands were bound and his mouth was taped shut. On a couch in an adjoining room was 15-year-old Kenyon Neal Clutter, bound, gagged and shot in the head. In separate upstairs bedrooms were the bodies of Mrs. Bonnie Mae Clutter, 45, and Nancy Mae Clutter, 16. Mrs. Clutter was bound and gagged, Nancy only bound. Each had been shot in the head.

Garden City Police Department Chief Mitchell Geisler was one of the first officers to arrive to the horrific scene. Accompanying him was Assistant Chief Ritch Rohleder. Rohleder was an expert photographer and used his skills to photograph the crime scene. Although technology wasn't nearly to the level it is today, it was through Rohleder's photographs that the discovery of a bloody footprint remained from Smith. This footprint was not visible to the naked eye. A photograph was also taken of a tire track left in haste by the murders. 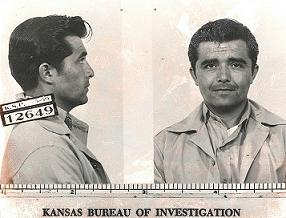 Alvin Dewey, of the Kansas Bureau of Investigations (KBI), lead the investigation with help from four other KBI investigators working under him. He also solicited the support of other governmental agencies to develop evidence and leads.

Immediately following the murders, Hickock and Smith fled to the Kansas City area where Hickock wrote a series of hot checks. After overstaying their welcome, they decided to flee to Mexico where they lived for a short period of time. There, they pawned the binoculars and eventually hitchhiked their way through California enroute to Omaha, Nebraska. After a short stay in Omaha, they made their way to Iowa where they stole a car and returned to the Kansas City area. From Kansas City, they eventually travelled to Florida and Nevada. It was in Nevada where Dewey and the KBI eventually caught up with them on December 31, 1959.

The time Hickock and Smith spent canvassing the country, Dewey and the KBI were able to piece together evidence which was corroborated by a fellow prisoner (Floyd Wells) who ratted out the murders for some ransom money being offered at the time. As karma goes, the prisoner that ratted out Hickock and Smith was later killed himself in a prison break in Mississippi. 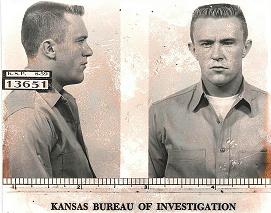 When Hickock and Smith were captured in Nevada they were still driving the stolen car they had acquired in Iowa. They also had in their possession the boot which made the bloody print. Once word got out that they had been captured, Dewey and three other KBI investigators flew to Nevada to solicit a confession from the two men. After the confession, they were flown from Nevada to Garden City where they stood trial in Finney County District Court for the murders. On March 29, 1960, a jury of all men returned a verdict of guilty and recommended the death penalty. For the next five years they lived on death row at the federal prison in Leavenworth, Kansas (just north of Kansas City). They were executed by hanging on the gallows of the grounds of the prison with very little fan fare on April 14, 1965. Hickock died at 12:41 a.m. and Smith at 1:19 a.m. The State paid for the burials but Smith's would cost $250 less than Hickock's. Smith, an honorably discharged Korean War veteran, was entitled to a $250 veterans burial allowance. They were buried in Mt. Muncie cemetery.

The last words of Smith were, "I think it is a hell of a thing that a life has to be taken in this manner. I say this especially because there's a great deal I could have offered society. I certainly think capital punishment is legally and morally wrong. Any apology for what I have done would be meaningless at this time. I don't have any animosities toward anyone involved in this matter. I think that is all."

The last words of Hickock were, "No, I guess I don't." But then he motioned for KBI Agent Roy Church, who played a major role in the arrest of the two men, to come to where he (Hickock) was standing. "You're sending me to a better place than this," and added that he did not bear any grudge against Church for his role in the case. He then shook hands and said, "Goodbye."

As Hickock waited for the trap to spring beneath him, the prison chaplain, Rev. Edgar Meissner, read a portion of the 23rd Psalm. As Smith waited, the Rev. James Post, former prison chaplain prayed quietly, "The Lord giveth, the Lord taketh away. Blessed is the name of the Lord. May the Lord have mercy on your soul." Later the Rev. Mr. Post said Smith had not wanted anything read over him. "I cheated him a little bit, " the former chaplain added.

Hickock and Smith ate their final meal in separate rooms, each with a chaplain sitting by. They had ordered spiced shrimp, french fries, garlic bread, ice cream and strawberries with whipped cream. 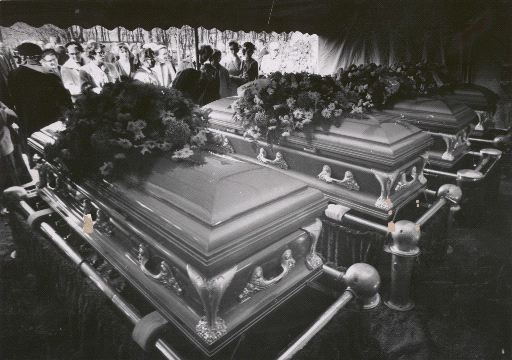